FIDE and Chess.com are excited to announce the 2021 Women’s Speed Chess Championship, an online competition for top female chess players worldwide. The main event will happen from June 10 to July 3, preceded by eight qualifiers from May 28 to June 6.

For this tournament, FIDE and Chess.com jointly contributed to the highest-ever prize fund for a women’s online competition. Women from all continents will have the chance to participate in this unique event and fight for a piece of the $64,000 total prize fund.

With a prize fund of $6,000, qualifiers will consist of eight separate Titled Swiss Tournaments open to all titled female players (FIDE titles only). The eight top-finishing players from each Titled Swiss event will qualify to a knockout Playoff Qualifier, which will happen right after each swiss tournament is over. The eight qualifiers and their subsequent playoff qualifiers will have different time controls, according to the table below:


One player from each playoff qualifier will move on to the main event. Players can participate in an unlimited number of qualifiers. However, invited players or those who already qualified for the main event cannot play in the remaining qualifiers. 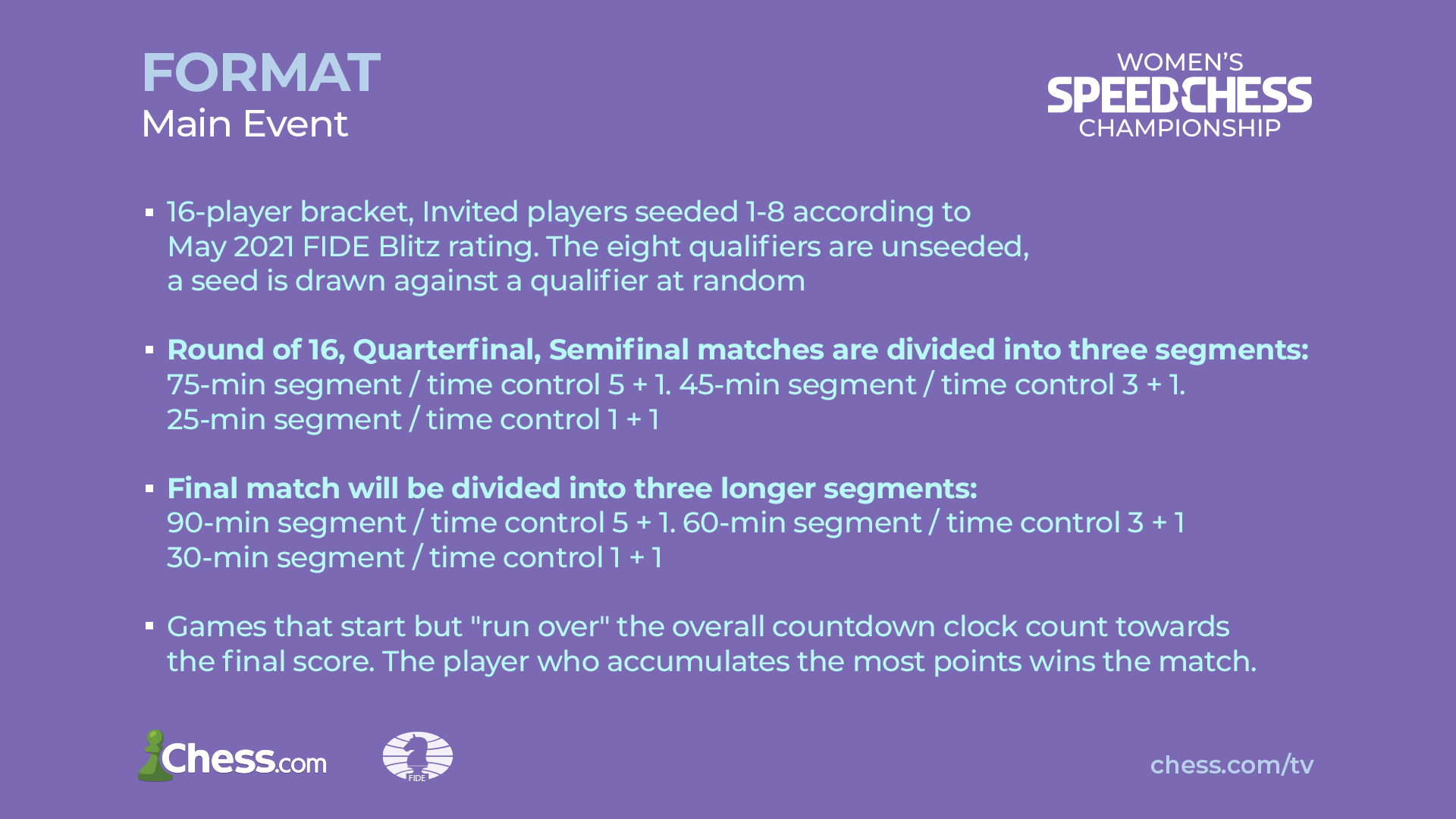 The dates for each round of the main event are as follows:

All the games from the 2021 Women’s Speed Chess Championship will be broadcast live with expert commentary on Chess.com/TV and Chess.com’s Twitch channel. Fans will also be able to enjoy the event through Chess.com’s Events page.