SANTA CLARA, Calif. — Long before they drafted him in 2018, Fred Warner was well aware of the previous greats who played inside linebacker for the San Francisco 49ers.

It’s a franchise known for its contributions offensively — Bill Walsh, Joe Montana and Jerry Rice — but whose inside linebacker lineage is often overlooked.

From old-school players like Matt Hazeltine, Dave Wilcox and Jack “Hacksaw” Reynolds to more contemporary counterparts such as Ken Norton Jr., Patrick Willis and NaVorro Bowman, Warner’s rapid ascent to stardom has left him conscious of the shoes he fills.

“If you love the game, you know who those names are, and being able to be drafted by the 49ers and knowing how great a players have come before you, there’s a big responsibility on your shoulders,” Warner said.

It’s a responsibility that hasn’t been too daunting for Warner, who has evolved into one of the game’s best and most complete linebackers in his nearly three NFL seasons.

As one of San Francisco’s few constants during a season filled with injuries, Warner is the only player in the league with 90-plus tackles, two-plus passes defended, two or more interceptions and at least one fumble recovery. After a loss to the Green Bay Packers on Nov. 5, microphones caught quarterback Aaron Rodgers telling Warner, “You’re the best and everybody knows it. The film don’t lie. You should be All-Pro.”

Niners defensive coordinator Robert Saleh says as long as Warner is on the field, his defense has a chance.

“He is one of the smarter players in football, especially at the linebacker position,” Saleh said. “You can do a lot with Fred in terms of just getting people where they need to be. On top of it, him being able to use all his athleticism, because he is one of the more athletic linebackers in football, also along with being one of the smartest. It just makes for a player who’s got a lot of range and a lot of ability to man the middle of the field.”

Warner’s emergence hasn’t been lost on many of his predecessors, many of whom see Warner as a deserving next act in their legacy.

A new kind of linebacker

Willis walked away from the NFL in 2014 after toe injuries plagued the final portion of his dominant eight-year career. When he did, Willis disconnected from the game almost entirely, needing the time to figure out what would come next.

After a few years away, Willis started to get back into it right around the time Warner entered the league. Now, Willis watches the 49ers regularly and can’t help but let his eyes gravitate to No. 54, marveling at Warner’s combination of size (6-foot-3, 230 pounds) and speed (4.6 seconds in the 40-yard dash at the combine) that allows him to fit in well in a rapidly evolving league that asks more of its linebackers than ever.

“He’s primed for the position,” Willis said. “This is his time right now. That’s why when people are like you should come back, man, I’m like ‘Na, man, I get it but y’all living back then, you see how fast they are moving out there.’ I can’t do that, my toes would be all twisted, I’m not the guy for you. The guy you’re watching now is the guy. Fred is a pleasure to watch.”

Since Warner’s arrival in the Bay Area, he and Willis have gotten to know each other. Willis sends encouraging notes or words of inspiration to Warner, a gesture that Warner admits still leaves him a bit starstruck but “means the world” to him.

It’s something Willis is happy to do given that he sees in Warner all of the necessary tools to be great. Asked what those are, Willis’ list includes attitude, will, effort, execution and dedication as the most important ingredients. He sees all of those things in Warner, who brings fiery intensity on the field but oozes a quiet confidence off of it.

“It’s one thing to be a badass on the field and it’s another to just be a badass cool cat off of it, and he’s both,” Willis said. “I really appreciate that about him. Because every time I have run into him or crossed his path, just a mutual like ‘I see you.'”

‘The glue around every play’

At BYU, Warner played a hybrid safety/linebacker position that left some wondering where he’d fit in the NFL, one of the primary reasons he slipped to the third round. The Niners didn’t see that as a limitation so much as the evolution of the middle linebacker position.

For that to happen, however, the 49ers had to be sure Warner could take on the responsibilities that go with playing middle linebacker, which means a devotion to detail that only a quarterback can understand. For starters, Warner would have to make all the calls and checks, ensure his teammates are lined up properly, recognize pre-snap tendencies by the offense and seek anything that would put the defense in position to make plays.

Make your picks throughout the playoffs and compete for $30,000! Make Your Picks

To be great, he would need to dive so deep into the tape that he’d be looking for any little tic that might give a leg up. Things like how a guard might alter his stance if he was going to pull to either side or how a tight end would put more or less weight on his hand in a three-point stance as a tell for whether he was going to block or run a route.

For as much as the game might have changed over the years, that level of preparation has remained constant from Wilcox to Willis to Warner.

“What I used to really love to do to help guys is kind of studying and if I could help them, give them tips on, you know, when the play was coming or the play was going where I used to kind of relay that information,” Wilcox, who went into the Hall of Fame in 2000, said. “I took a lot of pride and interest in doing that.”

Hall of Famer Ronnie Lott, who lined up behind Reynolds, sees those same traits in Warner. Whether it be Warner moving a defensive lineman to a certain spot before the snap or making a check call based on an offensive formation, Lott knows better than most the value of a middle linebacker who can quickly process information and put teammates in position to succeed.

‘Deserves to be an All-Pro’

Just three years into his NFL career, Warner is just scratching the surface, but that hasn’t stopped some of those who came before him from seeing where it could all go.

Willis says Warner is “shining a light” on the Niners’ history of great linebackers. Lott believes 10 years from now it’s entirely realistic Warner will be the leading tackler in franchise history and, potentially, a guy who could receive “the yellow jacket that Wilcox wears.” 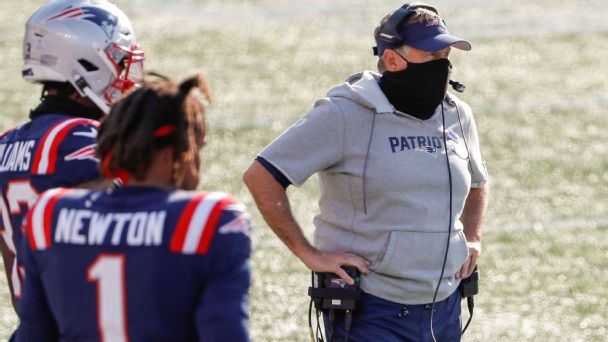 And if those seem like biased observations from fellow 49ers, take the word of a pair of rivals from the Pacific Northwest.

“They’ve been traditionally able to develop really good linebackers,” said Seahawks defensive coordinator Ken Norton Jr., who was an All Pro for the 49ers at the position in 1995. “Watching Warner emerge now, it’s fun.”

Unlike Norton, the Seahawks’ Bobby Wagner has never donned the red and gold, but he and Warner have developed a friendship and their mutual admiration is apparent, even as Warner watches Wagner and takes aim at the crown of the NFL’s best inside linebacker.

“He’s a guy that I love to watch as well,” Wagner said. “I love his game. I love the way he leads, the way he goes after it every single time. It’s always fun to watch him play. … I look forward to him continuing his success. He deserves to be an All-Pro and I look forward to many, many years of being able to share the field with him.”

Russian Superfinals 9-10: Title race goes down to the last round

How the Denver Broncos can win their offseason – NFL Nation

Seahawks wanted Patrick Mahomes and move on from Russell Wilson

3 surprise cuts the Saints could make this offseason

How the Denver Broncos can win their offseason – NFL…