RENTON, Wash. — Damon Harrison said jokingly that spending all of his time inside a very full house made him want to resume his NFL career after he put it on pause this offseason.

As the father of seven — including a 5-month-old and 1-year-old twins — Harrison knows patience. 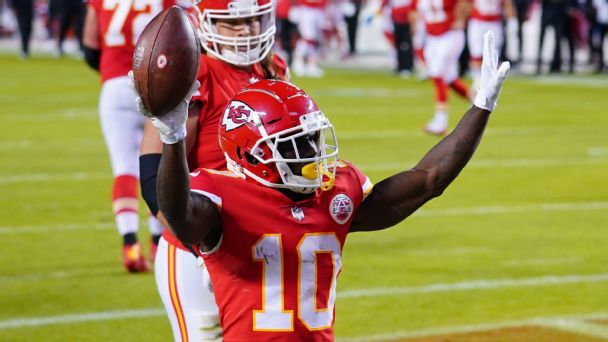 And the former All-Pro defensive tackle has needed it while waiting to make his Seattle Seahawks debut since joining their practice squad five weeks ago. That time appears to have arrived, with coach Pete Carroll all but declaring that Harrison will play Sunday against the Los Angeles Rams.

“Yeah, it’s tough because I’m a competitor,” Harrison said Wednesday in his first comments to reporters since signing with Seattle on Oct. 7. “I wanted to be out there, but I understood they had a good thing going here. The guys were playing well, so I just had to be patient and continue to work. It was a lot of things that I had to work on, so the being patient part of it was tough, but I understood.”

The real reason the 31-year-old Harrison decided to continue his career after sitting out the start of the season, he said, was that he finally felt it was safe enough to do so. He wanted to see what kind of COVID-19 travel protocols and other safety measures the NFL put in place before deciding to play, saying that was the only reason he didn’t sign with a team earlier.

Once he joined the Seahawks, the next step for the 6-foot-3, 350-pound Harrison was getting back into shape following a longer-than-usual layoff.

“We had a plan when I was coming in,” he said. “I needed to work myself back into football shape. The only way you can get into football shape is actually playing football, so I was at home working out, trying to do as much as I could without exposing myself in too many public situations. But I spoke to the coach, I spoke to the general manager before I got here and we knew it was going to be a process. That’s why I’ve been OK with it just working from the ground up.”

Carroll has been saying for the past few weeks that the holdup with Harrison wasn’t about getting in shape. He’s done so. More recently, it has been a matter of finding an opening in the Seahawks’ defensive tackle rotation, which consists of Jarran Reed and Poona Ford as the starters and Bryan Mone as the lone backup since Anthony Rush was waived late last month.

The Seahawks weren’t going to force their run-stuffing specialist into the lineup when their primary issue has been defending the pass, which they’ve struggled to do at a historic rate. But the high ankle sprain Mone suffered last week created the opening that Harrison has been waiting for.

“I moved my family here at the time, too, honestly. I’m not a guy that likes to move around much or change scenery a lot, so really once I got here and settled in, it was a no-brainer to stay.”

Things Nobody Tells You About Iran

With Alex Smith out, what is Washington’s next move at QB? – NFL Nation

With Alex Smith out, what is Washington’s next move at…