ENGLEWOOD, Colo. — In some ways the Denver Broncos have an very large riddle in the middle of their defense.

Their two inside linebackers — Alexander Johnson and Josey Jewell — are a combination that is both too big, too small, too slow, too inexperienced and just too unlikely. Just read the scouting reports.

Yet 13 games into an injury-ravaged, COVID-19 impacted season, the Broncos two leading tacklers are Johnson and Jewel, with 103 and 90 tackles, respectively. They are among the few constants amid an ever-shifting lineup.

“I love [Coach Vic Fangio’s] defense,” said Jewel of the second-year coach. “… We all know the defense really well now, especially A.J. out in the middle. We’re able to make the checks. We’re able to communicate with the safeties really well and the line right in front of us. We can look at those pre-snap reads on the offense and actually understand that stuff. I’m not thinking about, ‘What do I have to do here?’ I already know what I have to do and it’s just second nature now.”

To this point, with safety Justin Simmons as the only defensive player to have played 100% of the team’s snaps, Johnson checks in at 98.7% of the defensive snaps this season with Jewel at 92.4%.

Stability in the middle of the defense has been needed during a season in which the Broncos have lost five cornerbacks — to either injury or A.J. Bouye‘s suspension — and have rotated between defensive lineman who have been released/waived a combined 28 times during their careers.

“I think Josey has had a good season for us, he’s been solid all the way versus the run and pass,” Fangio said. “He quarterbacks our defense when he’s in there. We ask him to do a lot of things from an adjustment standpoint and he handles it very well. He helps other people with their assignments in getting lined up. I just think he’s had a really, really good year. He’s played even better than I thought he would be, which is good. … I really trust him as a player.”

Jewel — now 6-foot-2 and 236 pounds — was a three-time captain at Iowa and started 43 games at the school. But three 120-tackle seasons and testimonials about his rare leadership were cratered by a 4.82 40-yard dash at the 2018 NFL scouting combine. A clocking Jewel has said “made it seem like the rest of it didn’t happen.”

Johnson had a four-year legal battle between his last game at Tennessee in 2014 and the first time he suited up for the Broncos in 2018. He was charged with aggravated rape in 2014, suspended from the Volunteers football team and formally indicted in Knoxville, Tennessee, in February of 2015. 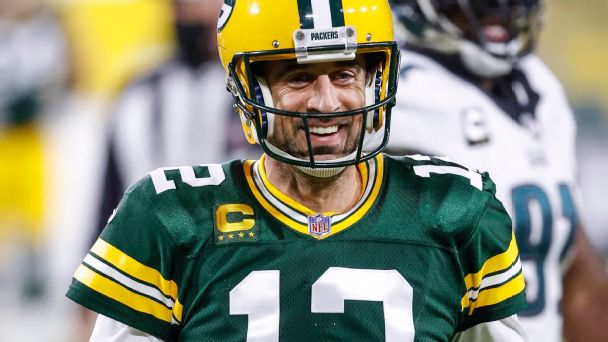 Johnson was not selected in the 2015 NFL draft. And, in July of 2018 after three and a half years in the court system, he was acquitted of the charges and signed with the Broncos less than three weeks later. General manager John Elway said the team had conducted an extensive background check on Johnson and was “confident” Johnson could resume a football career.

From a football perspective, Johnson — at 6-foot-2 and every bit of 255 pounds — is simply far bigger than many inside linebackers in today’s pass-happy NFL. The Broncos give him a long to-do list each week with his high-energy approach, and while he still has moments of what Fangio calls “reckless driving” on the field, he’s played at a Pro Bowl level.

The Broncos enter Saturday’s game against the Bills (4:30 p.m. ET, NFL Network) as the league’s No.1 defense in the red zone and as the 10th best in passing yards allowed per game.

“The middle guys with Josey and A.J. — we can rely on those guys and they make plays,” said linebacker Bradley Chubb. “A.J. is that relentless blitz linebacker that takes on everything. You can see him knocking down guards and tackles. I feel like this defense is complete with the guys we have out there.”

With or without Larry Fitzgerald, Cardinals’ receiver room needs work –…

Lions have trade talks with teams about QB Chase Daniel