Where is Broncos quarterback Drew Lock on the learning curve? – NFL Nation


ENGLEWOOD, Colo. — As Denver Broncos quarterback Drew Lock continues his bumpy — as in really bumpy — ride on the learning curve, he’s finding that “baby throws” can be the grown-up thing to do, and some clichés have proven true.

In Sunday’s 20-13 win over the Miami Dolphins, Lock showed a little of everything: resilience, toughness and resourcefulness with no regard for style points, as well as carelessness with the ball, impatience in the pocket and spotty footwork that led to inaccurate throws.

Lock showed potential — again. He showed the work he has left to do — again.

“I hate this cliché line, ‘any given Sunday.’ Everyone says it, but it’s very true. It’s so true,” Lock said. “You go look at the last games these Dolphins have had, and you look at the last games we’ve had as an offense, and there’s no one that will come in here and tell you, ‘Oh, god, the Broncos are going to run away with this one. They’re definitely winning this game.’ No one is going to say that.

“You’ve got to learn what you need to from the last week and come into this week ready to go.”

Learning is paramount for a player such as Lock, though his developmental dynamics are skewed a bit. He has yet to go through an entire offseason schedule as the team’s starting quarterback. Before Lock’s rookie season, Joe Flacco was declared the team’s starter when he arrived in March, and Lock spent the offseason taking fewer reps before a thumb injury on his right (throwing) hand kept him from practicing until November. This year, the Broncos’ on-field work in the offseason was wiped away by COVID-19. Shoulder and rib injuries since have also cost Lock practice time.

But there’s plenty of potential, and a quarterback such as Josh Allen of the Buffalo Bills demonstrates that improvement can be made. Allen, a multisport athlete who did not “specialize” in football as a young player, has — through his own work — gone from a 52.8% passer as a rookie to a 58.8% passer in Year 2 to a 68.4% passer this season. His interceptions have gone from 12 to nine to seven.

On the flip side is a quarterback such as former Broncos first-round pick Paxton Lynch, who didn’t show much, if any, improvement in his three offseasons with the team.

Lock made his 13th career start Sunday, still short of a full season’s worth of data. The Broncos are 7-6 in those games, including 3-5 this season, with four of the losses to teams that are a combined 32-8 (Titans, Steelers, Chiefs and Raiders). Lock threw just four passes against the Steelers in Week 2 before suffering a right shoulder injury that kept him out of games against the Buccaneers and Jets.

Lock’s biggest issue, at the moment, is his 11 interceptions. That total ties him with the Vikings’ Kirk Cousins for second most in the league and trails only that of the Eagles’ Carson Wentz.

Lock’s passer rating (67.5) is better than only that of the Jets’ Sam Darnold, largely a factor of his 55.6% completion rate (last among NFL starters), and all 11 of his interceptions have come since his Week 5 return from shoulder injury. But despite his struggles, those around Lock say he has the resilience needed to play the position.

“I just feel like, as a quarterback, you have to be able to have that mindset to where nothing can get to you,” Broncos running back Melvin Gordon said. “You have to go out there and just make a play. When everyone is against you, you have to understand and know that your teammates are with you, and that’s really the only opinion that matters. He probably ran across some things and probably heard some things, but good quarterbacks block that out and do what needs to be done.”

Lock showed that on Sunday, when his second pass attempt was intercepted on another ill-advised decision that ended with a poorly placed ball. He gathered himself after the play — with the help of bulked up formations that allowed the Broncos to run the ball more effectively — and completed nine of 11 passes in the second half. 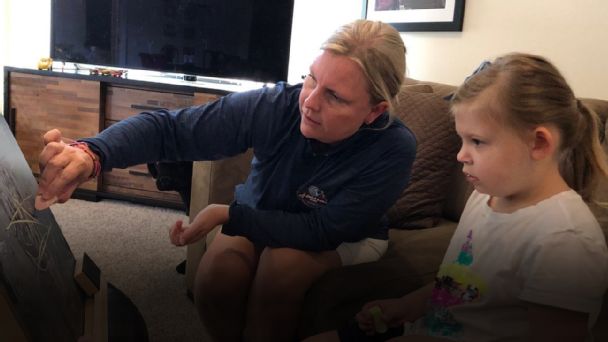 “Drew comes back from bad plays,” Broncos coach Vic Fangio said. “I think that’s one of his good qualities. I don’t think he lets it linger and has a hangover from it.”

Lock’s future depends on whether he is willing to put in the work and consistently clean up his footwork (see his overthrow of tight end Troy Fumagalli on Sunday on what should have been an easy, move-the-ball completion), as well his willingness to take the “baby throws,” the short completions that can be an investment for bigger plays later in a game. That, and managing the swirl of criticism he’ll receive until he figures things out.

“This game is about wining, and it’s about losing. When you win, everyone loves you, and when you lose, it just comes with the job, especially at quarterback,” Gordon said. “For him to come out here and be resilient and do what he needs to do to help this team and lead after he took so much heat last week, it just shows what type of player he is.”

With Alex Smith out, what is Washington’s next move at QB? – NFL Nation

With Alex Smith out, what is Washington’s next move at…